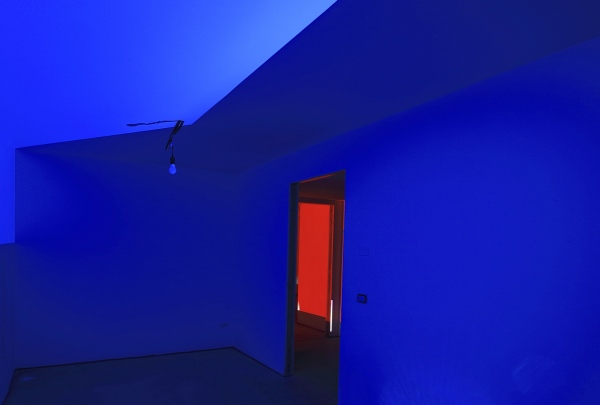 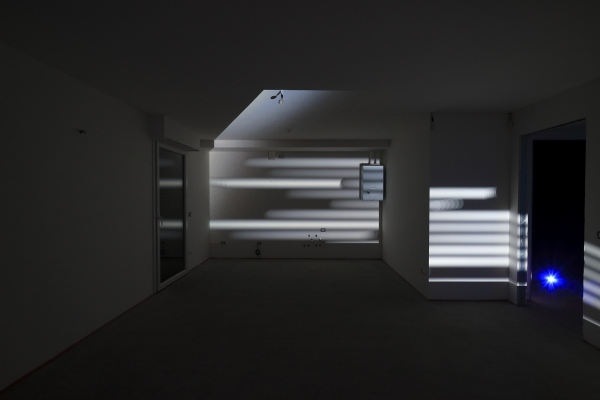 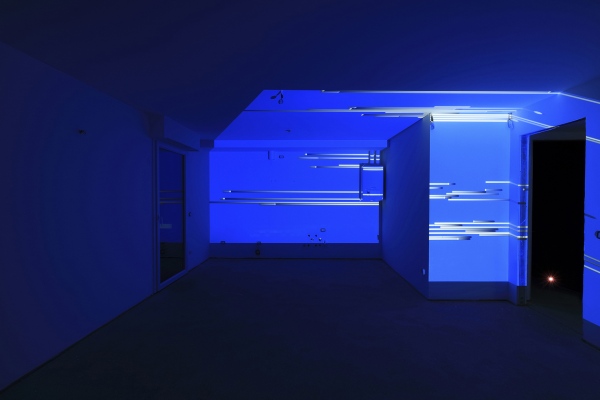 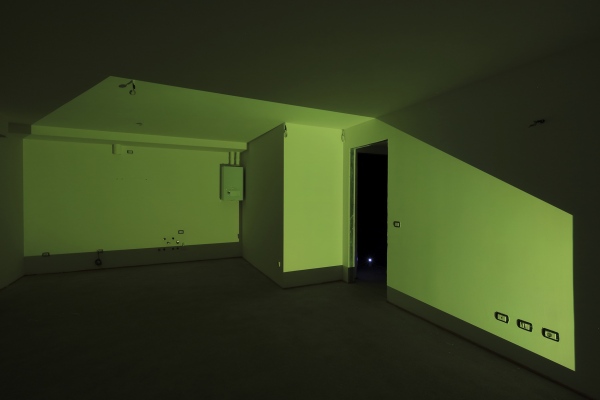 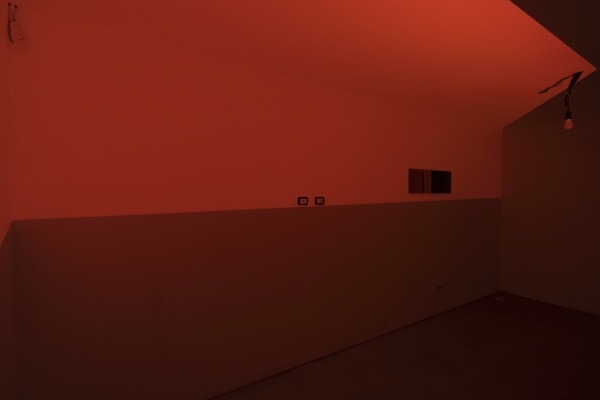 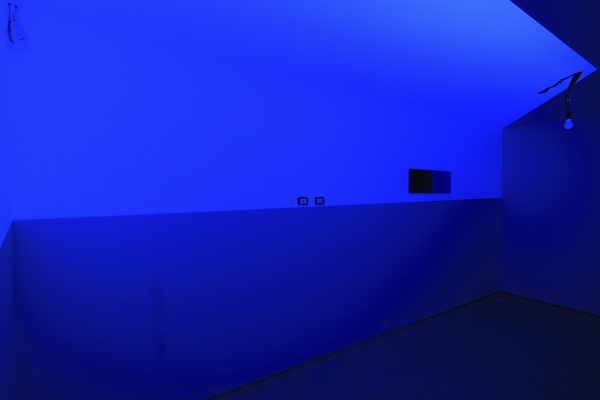 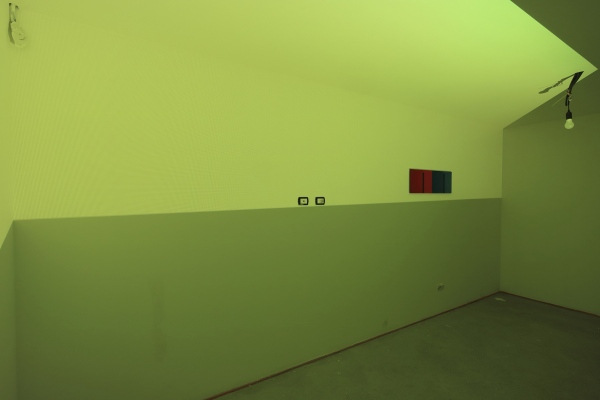 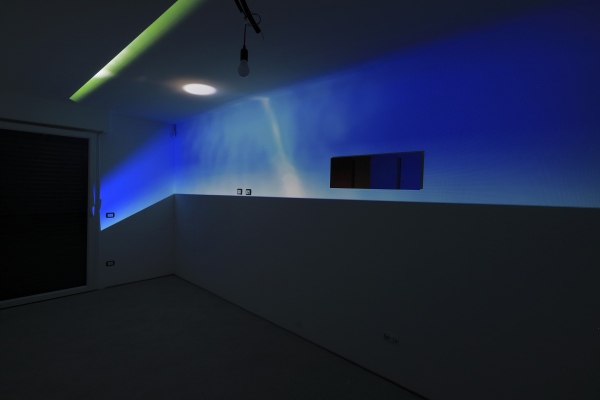 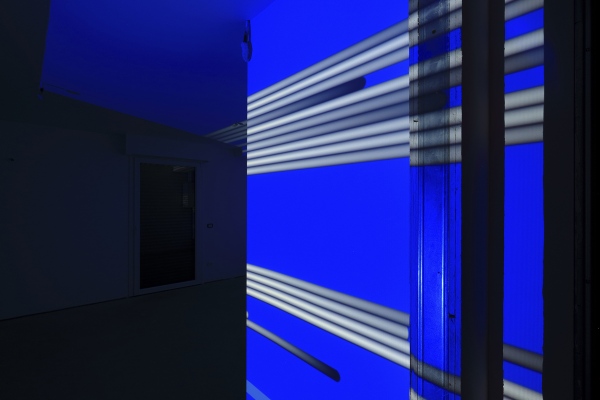 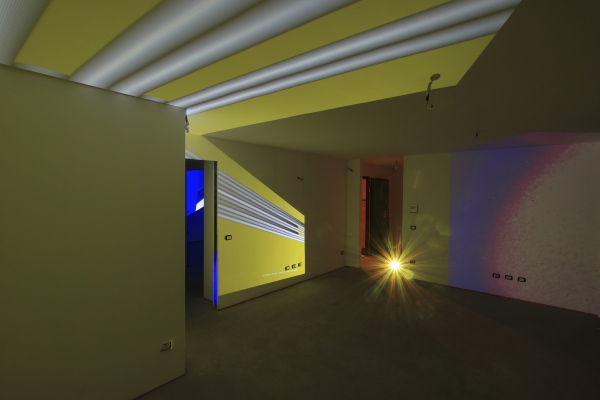 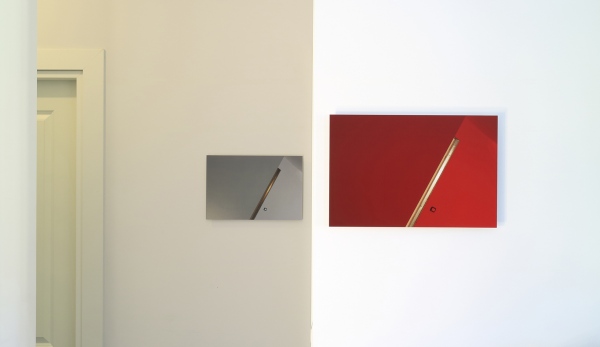 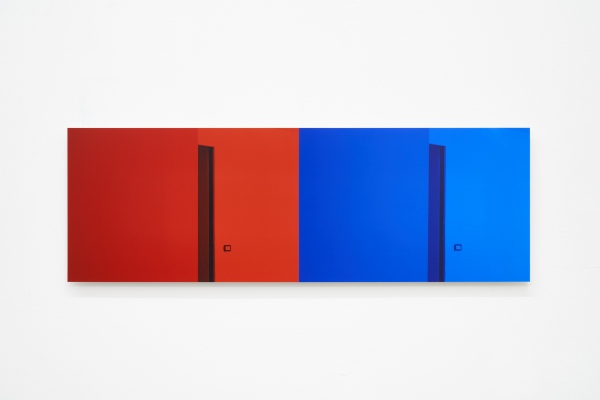 Lightsourcing A4.1 (SK, T2, C1) is an environmental video installation made up of three independent videos projected in asynchronous loops. The deliberately random interaction of the videos with one another creates ever-new matchings between the various images.

Lightsourcing A4.1 SK, 2020
HD video, 10’, loop, variable dimensions
Projected onto multiple walls, the installation includes five clusters representing the coding and three-dimensional rendering of five image search words entered into the Google browser. The words, which over time have become inflated, are: algorithm, bio, green, internet and smart. The iconography concerns twenty indexed images, focusing on the ends of the search, which has a beginning and an end: the first ten indexed words, followed by an interval, together with the last ten, are standardised into units, measuring 1 x 1 pixel, thus each becoming a monochrome image. Starting from this image reduction, the parameters of colour, brightness and saturation define the values and variables to be inserted in a three-dimensional spiral. The shape is defined in a virtual environment by a Cartesian reference system. The diagrams move following a cyclic revolution along their own axis, and the point of view and the framing are orthogonal and lateral. In one shot, there is a progressive movement away from the circular spirals, while the background is characterised by the alternation of basic colours every minute. Through their three-dimensional rendering, the words are remodelled and take shape in the space of the video installation.

Lightsourcing A4.1 T2, 2020
HD video, 1’ 14’’, loop, variable dimensions
This video was created as a pure architectural presence of 1 minute and 14 seconds. It is a ‘counter-projection’ reflecting the entire chain of devices with which it is made, including both the optics of the phone and the mobile projector. The video is a dialogue between these two devices: the phone in mirror mode with the projector films what it projects, in the same point/moment in which is captured. For the projection, the device is rotated and directed towards the farthest corner of the surrounding space, covering various surfaces.

Lightsourcing A4.1 C1, 2020
HD video, 16’ 12’’, loop, variable dimensions
This work brings together video footage taken in two different moments inside the FuturDome apartments, and it was edited in chronological order to be seen in a continuum. A number of gestures and glances at the architecture are filmed, including its lighting and electronic devices. Acts that reflects on the attention to architecture and how the gaze moves on it. The initial gesture as a contact with the surface reveals and verifies its presence by connecting to a second part that invokes the environment in its entirety, with the projectors already active; a stratified presence of multiple, instinctive, attentive looks. The relationship with the space is stimulated and directed at the same time, adhering to and yet replacing the architectural shell.